Calling all dog owners and lovers alike. Danville’s Doggie Night offers fun for you and your four-legged friend. Follow the map to Doggie Night businesses for free dog treats and canine couture. Prance through the pet fair where you'll meet pet sitters, photographers, trainers, veterinarians, and more. It’s sure to be a howl.

Doggie Night will begin at Molly’s Pup-purr-ee at 425 Hartz Ave. 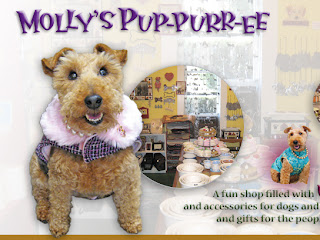 Beware of Cocoa Bean Mulch in Your Garden

Cocoa mulch, made of cocoa bean shells, is a by-product of chocolate production. It is commonly used in landscaping, but pet parents would do best to use an alternative mulch; if eaten in large quantities, cocoa mulch can be toxic to pets.
“Dogs are attracted to the fertilizer’s sweet smell,” says Dr. Steven Hansen, ASPCA Senior Vice President of Animal Health Services, “but like chocolate, cocoa bean mulch can be too much for our canine companions.”
The ASPCA notes that, “Ingestion of large amounts of cocoa bean mulch, which contains residual amounts of theobromine—a methylxanthine found in chocolate and known to be toxic to dogs—may cause a variety of clinical signs. These typically start with vomiting, diarrhea and elevated heart rate, and if large amounts are consumed, they may progress to hyperactivity, muscle tremors and possibly other more serious neurological signs.”
“We advise pet parents not to use cocoa mulch in areas where dogs can be exposed unobserved, particularly dogs who have indiscriminate eating habits,” says Dr. Hansen. Use instead a nontoxic alternative, such as shredded pine, cedar or hemlock bark.

There Are No No Deadly Coral Snakes in California
Do Not Mistake a California King Snake for a Coral Snake;
Calif King Below: 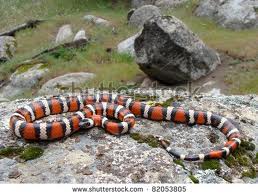 Memorize this saying:
Red next to yellow kills a fellow. Red next to black is a friend to Jack”.
Pet Fun
Pet Health
Pet Projects
Pet Training Tips
Pet Warnings/Alerts